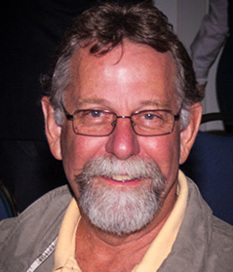 Get Social With Us

What follows does "Matter to Highland” and I hope it is taken seriously.  It may be hard for some to take but it is fact.

Mary McDonell and her Husband  spent four years saying disparaging things about me in order to bias the public into thinking I am an individual not worthy of my job.  Four years of prodding and poking at every board meeting and opportunity they could create or take advantage to discredit me.  Four years of poisoning the employees in our building to believe I am a tyrant of some sort.

Now Mary is running a campaign to become Supervisor through a surrogate named Kevin Curtis.  Two letters have been mailed to the public directly from our current Clerk and Board member Mary to continue the campaign she has fervently maintained to remove me from office.  The Statements in the first letter are aimed directly at me by using my name.  The statements are purposely written to mislead the voting public in a way to seriously damage my character.  Yes it is often said “that is politics” but why does it have to be brought to this level in Highland? Leave this garbage in Washington…it doesn’t even belong here or there.  Anger and negativity is everywhere and it is being amplified by the horrible political process we are being subjected to by people like Mary and Bob Mcdonell.  It makes me ill that I have to stoop to their level to defend my family and my name and all of the goodwill I have given to this Community because of one obsessively disgruntled Board Member.

Ask yourself why is Mary doing all of the ultra negative campaigning for Kevin Curtis? It is accomplishing nothing but TEARING the community apart over a personal vendetta that she has held against me since at least 2012.  Ask yourself why hasn’t she run for Supervisor? Everything she says and does indicates she wants to be Supervisor.  The reason is clear... she knew she would be out of a job if she had run against me in 2012.

I have had multiple interactions with individuals who had received the first letter and the same comment verbatim was made.  "These accusations must be true because you have not sued her yet”.   How would they know if I had sued her unless the McDonells were the ones who created the quote?  Ironically a second letter appears and removes my name from the document and re-formats the same bullet points to read what Kevin “Won’t” do and what he “Will” do.  Yes it is clear that if Kevin wins and doesn’t follow the RULES in this letter he will be subjected to the same harsh punishment that Rick has been subjected to.  Who is really running for Supervisor here?  Where did this candidate come from?  Why did he not follow the regular process and be fairly vetted by the primary process?  Because he is a setup by the McDonells who are masters at political tomfoolery in order to effect the outcome of the election.  Why is the Clerk who is responsible for fair elections so directly tied to this individual and the attempt to remove the current Supervisor?  Can she be trusted to fairly handle the election? The public should be alarmed by her involvement in the election and especially by her pointed cruel and misleading letters.

I have managed my position with passion and total commitment.  I take responsibility for doing my job according to the State Statute and our board rules.  I have brought to the board many creative and rewarding initiatives that have greatly improved this community for everyone!

I write this opinion because I believe our entire community is being severely harmed by the malicious nature that this campaign has been turned.  I would hope that the public can see past this ridiculous attempt to drive our community backwards.   Can you find any information about Kevin Curtis online anywhere?  What is he going to do for the community?  I do not know Kevin Curtis and I have not and will not say anything personal against him.  He is not the problem here.

Get the facts before you make your decision because it could be a real shame to derail all of the positive things that have happened in Highland since November of 2012.

See the Letters by downloading below.

Watch the Q&A videos and a Video Response to the accusations of the first letter by clicking on the corresponding page in the Side Bar to the left.